Human trafficking is a serious problem in our community. After two years of concentrated work as an agency, Monterey County Rape Crisis Center is striving to reach survivors, raise awareness and teach our community how to identify and respond to this urgent issue.

These different forms of human trafficking not only happen in our community, but we are a part of a national hotspot. Polaris, the group that runs the National Human Trafficking Hotline, has identified more cases of human trafficking in California than any other state, by far. This is clearly visible if we look at the prevalence of trafficking throughout the country. Figure 1 shows a heat map created by Polaris.  When I show this graphic during trainings and ask people to share what they notice, I often hear people shouting out “California!” as our state is some of the darkest red of anywhere in the country.

When you zoom in, you can see Monterey County and particularly Salinas is covered in the dark red. And the two distinct lines running through California run along the 101 and I-5 corridors, which of course, partially runs directly through Monterey County. 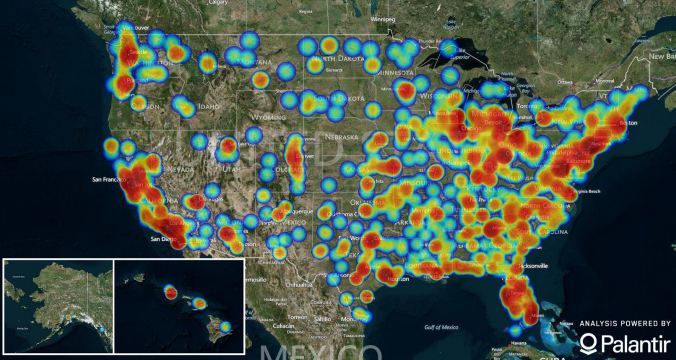 This heat map represents all forms of human trafficking, but if we look locally at just one form, child sex trafficking, the problem comes more into focus.

In a recent study by UC Santa Barbara, there were 91 children, youth and young adults who were identified as survivors of child sex trafficking in the three counties, Monterey, Santa Cruz and San Benito in 2015 and 2016. The majority of these minors and young adults were in Monterey County.  Almost 20% of the children were first exploited when they were 10 years old or younger and one child was first exploited when they were 5 years old.

Over the last two years, MCRCC responded to this urgent issue by building a human trafficking program that is integrated into all our services. In our next article, I’ll share about the quality trauma-informed and survivor-centered services we offer to human trafficking survivors.