Inicio » I am a Survivor and I vote

I am a Survivor and I vote 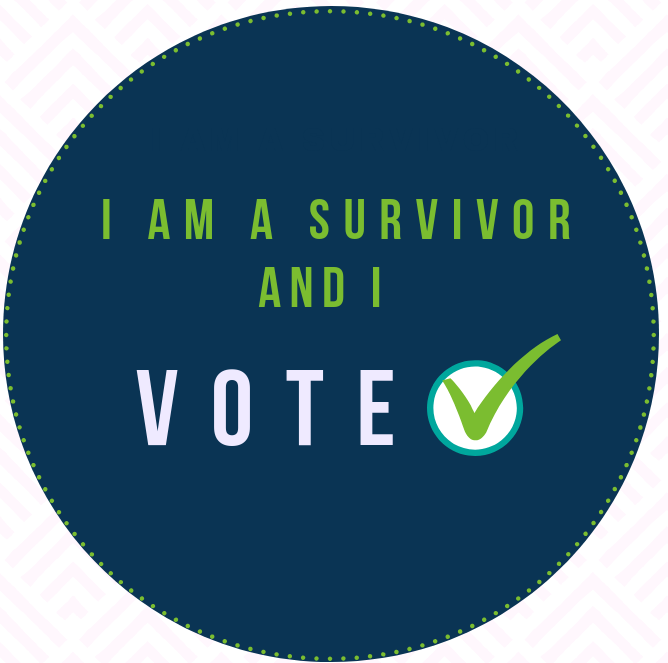 One in three women and one in six men experience a sexual assault in their lifetime. Based on current population figures, approximately 82 million[1] people in the United States have been sexually abused. By comparison, 82 million is more than the number of votes cast for either President Trump or Hillary Clinton in the 2016 election[2]. Survivors united have incredible political power.

So let me ask you, are you going to vote on November 6?

Residents of Monterey County can learn more about where to vote and voter registration at Monterey County Elections. For information in other parts of california, visit the California Secretary of State Website.Survivors of sexual assault, human trafficking, stalking or domestic violence aren’t able to register because they need to keep their residence address confidential may be eligible for the Safe At Home Program. Contact Monterey County Rape Crisis Center at 831-771-0411 or 831-373-3955 to apply.

[4] Based on 2016 numbers for the Bureau of Labor and Statistics.